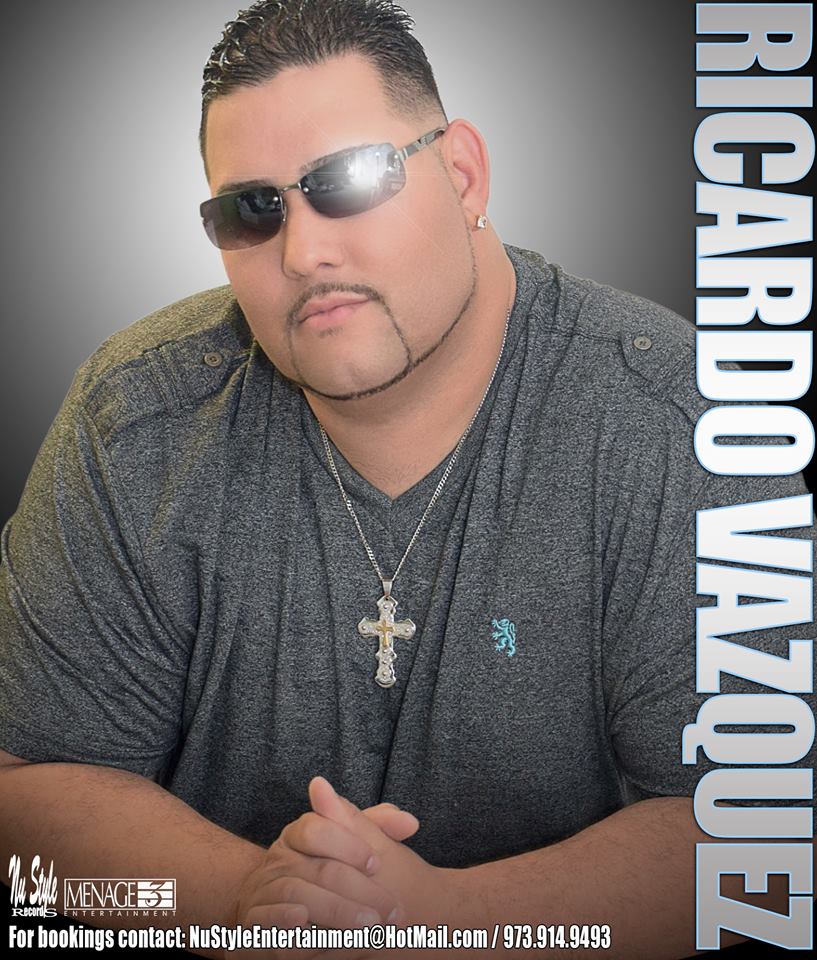 Born Ricardo Vazquez a.k.a Ricky Vaz born in Rochester, New York started his musical career in high school performing in musicals, assemblies and auditoriums. Releasing and debuted his first single titled “Moment of Love” that appeared on Freestyle Mania Vol 2 in 1999. Ricardo continued his musical career releasing many titled hits such as “See my tears” released on Micmac Records released in 2005. Also, appearing on numerous compilations throughout his musical career including the release of his full length album Ricky Vaz “A piece of me” in 2014.

Creating his own label titled” Menage3 Entertainment” back in 2005 used this to help assist new and upcoming artists and provided leadership and devotions to help others to begin their own careers in the music field. Coordinating with other record labels and other entertainment companies to help guide one another into different aspect of music: Such as, (production, writing, vocal training, copy written materials and many other attributes) that help contribute in helping new artists begin their journeys.

Under the full name of Ricardo Vazquez, has released many new singles such as Temptations, Goodbye, and Looking down on me release on the IN A CLASS OF OUR OWN projects merge with Owner of NuStyle Records, Alex Zuniga. Also releasing hit single “On the outside” featuring Hector “Sito” Santiago. Currently representing the LGBTQIA releasing new material that will reflect on equality, expression and written on how true love is viewed by the LGBTQIA in today’s society. New release of titled hit “You’ll be ok” featuring Joseph “Joey Tee” Wetmore should be a statement in this genre of music.

Ricardo will continue to work on his craft and skill of writing for himself and for others while continuing to show the music industry his truth in the music business.

Ricardo continues to perform, host and MC expanding his horizons in the industry furthermore contributing to the music industry. Ricardo’s personality and thrives enable him to push out and release new music, providing guidance, and assisting with anything that will help the music grow.