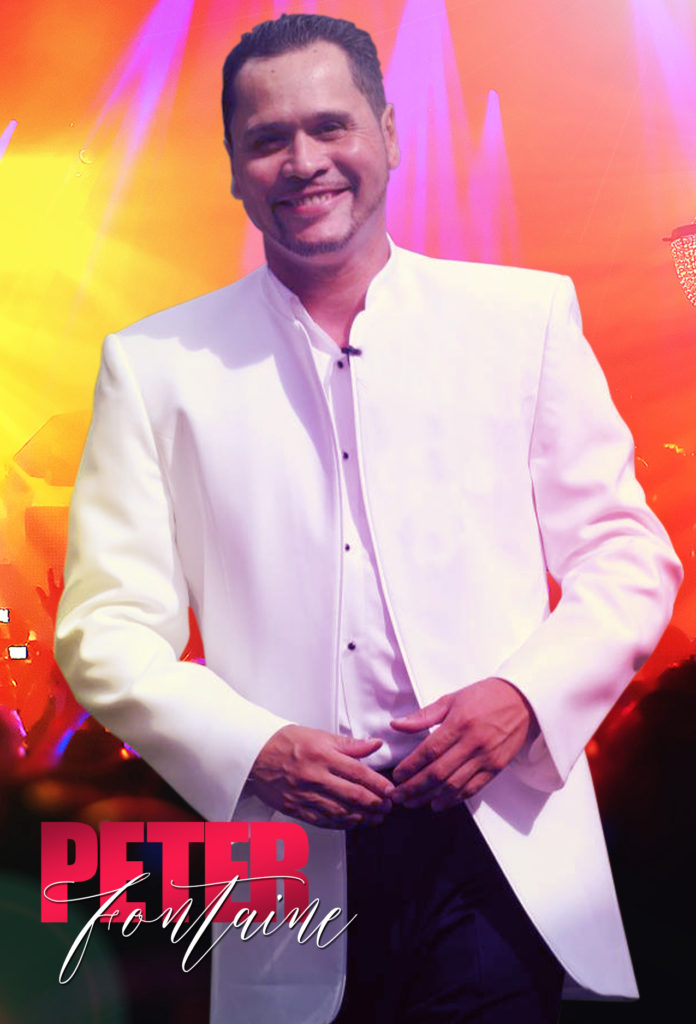 For Booking please contact
Pedro Arocho at pedro.arocho@yahoo.com
or Alex Ojeda at 973-914-9493

Peter Fontaine was born in Spanish Harlem, NYC. This young Latin American started singing and dancing by the age of 15. He was in Numerous videos and was even in the crowd as an extra in the movie Beat Street. Peter was known more for a pop locker in the hip hop community.

Later, he develops a love for music and transformed in a unique vocalist in the Latin Hip Hop scene. In 1989 Peter became best known for his writing and singing two hot classic songs under High Power Records. The first one was “The Way She Looks At Me” and his second “Just Like The Wind”.

During some time, he became a free agent and worked on 2 more solid songs with Metropolitan Records with “You’re An Angel” and “One Moment In Time”.

Peter has always been a powerful performer, a Show stopper and Crowd pleaser. Working very hard to established his own record label “Power Force Entrainment” which in 2011 released his 5 single “Close Your Eyes”.

In 2017 got together with Alex of Latin Nation and release his 6th song in the compilation “In A Class of Our Own Vol. 3” on NuStyle Records.

Constantly recreating himself and continuing to grow he is one of the most energetic artist you will ever see.