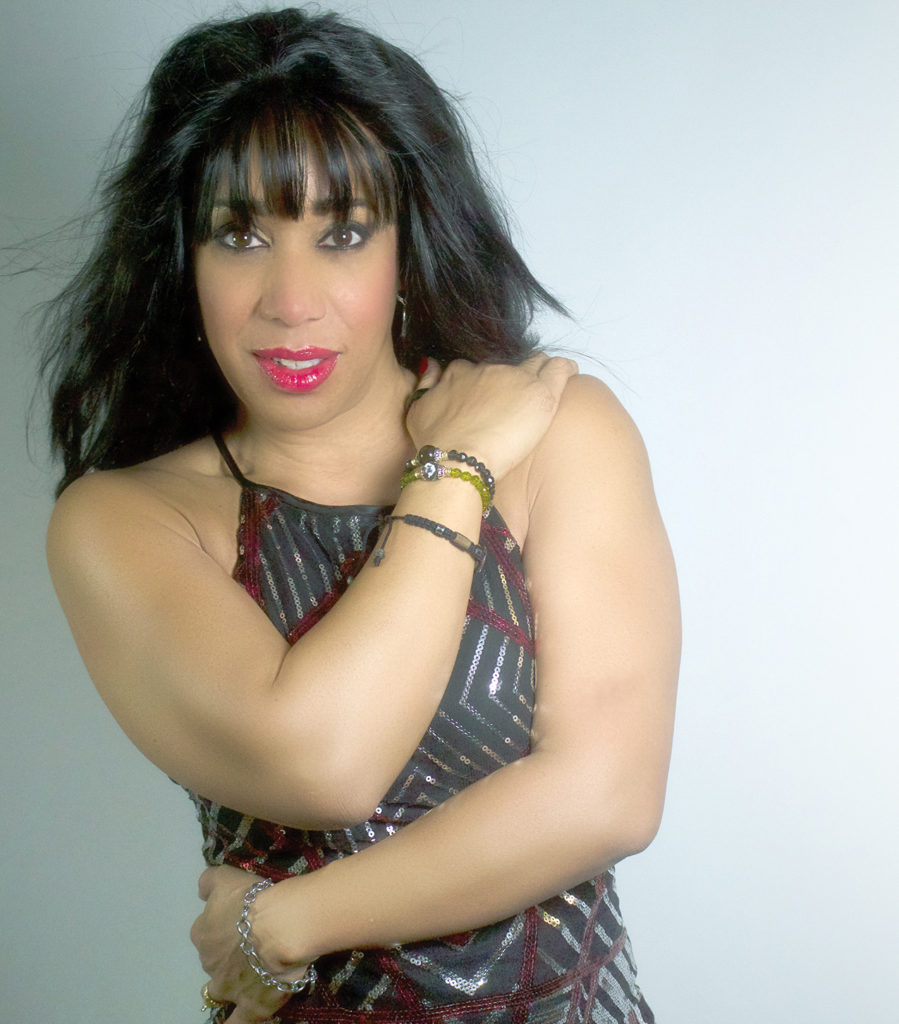 The amazing and talented E’Dee was born in the Dominican Republic and raised in Manhattan, New York.  Her name, given by her father came from the incomparable and legendary Eydie Gorme. Growing up E’Dee always wanted to perform and become a singer, dancer and actress. At the age of 10 E’Dee got involved with a theater group called The First All Children’s Theater (F.A.C.T). At the Theater, she learned how to sing, act and dance. E’Dee was taught tap, ballet, jazz and anything else that came in between. E’Dee toured everywhere from New York to Alaska doing children’s musical such as Guess Again, Children’s Crusade, The Incredible Feeling Show and The Emperor and The Nightingale written by the famous Broadway Producer Charles Strouse and many Broadway Benefits.

E’Dee continued her study of Theater at Julia Richmond High School’s Talent Unlimited Program then at AMDA – American Musical and Dramatic Academy. In 1988 after College, E’Dee was introduced to Freestyle Music by good friends Alvin La Bass and Samaria Graham. She was auditioned on a weekend recorded her first single “Baby It’s You” and by Monday was booked for a month after that”, and Freestyle was born inside of her.

E’Dee has performed at many clubs such as the historic Roseland Ballroom, Palladium, and 1018 to name a few as well as numerous Ivy League colleges, festivals, and private events. E’Dee has had the privilege to perform with Hot 103.5 (WQHT) and at various events throughout New York to Miami. In the 1990’s her second single was released “Come Back to Me”, where she left her mark with her unique sound and style.

Since coming back into the music scene in 2013 she has released new songs like “I Stand” which is a personal song of the cancer battles she has fought and won. She also released a double Maxi single called “All My Love” & “Now or Never”. Along with her latest new release “I Want You Now” which is more of a dance scene.

In 2016 for the compilation In A Class of Our Own Series she released, a duet with Artie & Legit called “It’s Over” and in 2018 The Class Menagerie Compilation a Duet with Alex of Latin Nation “Born To Love you”. E’Dee has 3 music videos that can be seen on YouTube as well, all her songs are available in all platforms.

E’Dee’s love for the Entertainment world has grown throughout the years and she plans on sharing her talents with everyone she encounters with for many years to come.

E’Dee’s motto in life is “Always Be Kind to one another and Love All the Way”.

E’Dee Come Back To Me (Freestyle)