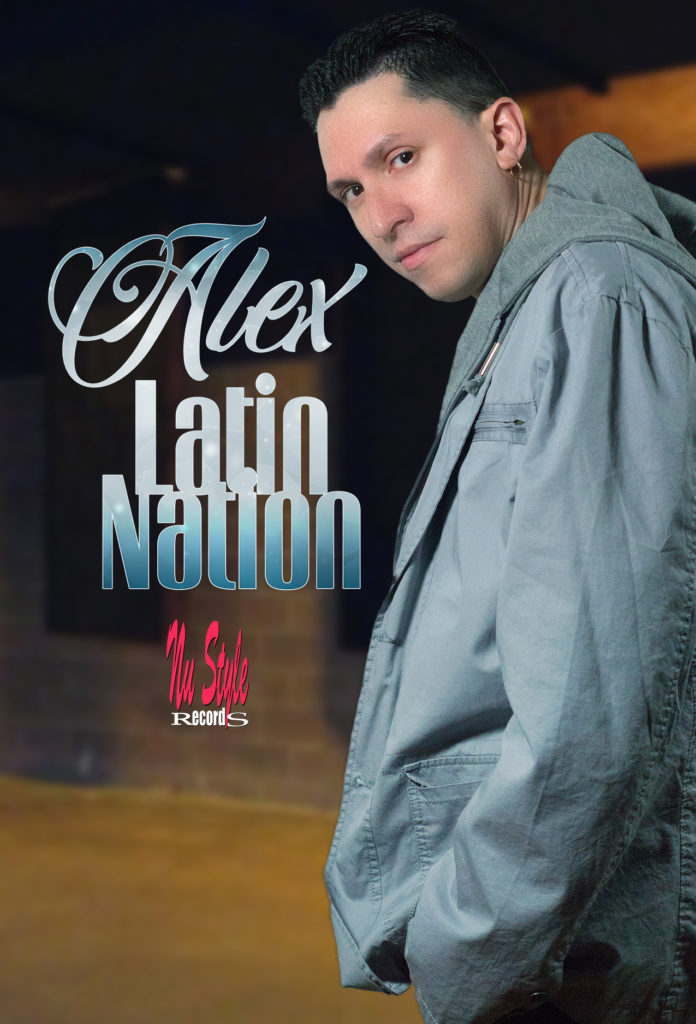 Book Alex for your next Event
or Private Event!

On Sept. 15, 1988, Latin Nation was born as Latin Society for the last 30 years. They worked hard to leave a memory and a mark on the music scene. Originally made up of three brothers which came together with a passion and desire to perform their music. Their first song “Only Cries” was recorded later late Sept./ early Oct. of 1988.

Performing places like The Underground, Emerald City, Palladium, Foxes, to name a few as well as Private events and plenty of Colleges. Their first single “Nunca/Never” originally recorded in 1993 with producer Jose “Dj Fresh” Berajan was released with the artistic name “Lanation” on Sept. 4th, 1996 on the compilation “The Alternative dance compilation 1st edition” on Stylin free’ Records. It was produced by Tommy Lyons Jr. and written by group member Alex Zuniga, never thinking this would spark the beginning of their musical career. With their first single, they rocked the charts and traveled many places including Mexico & Peru.

In 1997 they re-inventing themselves with the help of Artie Rodriguez who produced their 3rd single “No puedo mas/I can’t go on” written by Alex & Luis Zuniga and decided to change their name to Latin Nation. Now with a new name, new song, and their new look they attacked the whole music scene all over again. The song was released January 17, 1999 on the compilation title “El Show de Freddy Lopez; Estilo Libre Vol.1” on E.L.I. Records. But not only they contributed their song, but Alex also contributed his talent, by writing and doing background vocals for the artist on the label, Savier “Si Tu Te Vas”.

In 1999 they released another successful song title “Eres Mi Vida ” featuring Los Atrevidos. The song debuted on “Freestyle Mania Vol. 3 Old School meets New School” on Artistik Records. This song was produced by Willie Valentin, and Co-produced & written by Alex Zuniga. The song reached high standards having radio play all over the country including hitting the top 4 on the radio show WESU 88.1 FM with host Dj Larry Vee and Dj Super Dave in New England, Connecticut. On Dec. 11, 1999, their first show with their 4th song at Club Chameleon in Lancaster, PA, they proved to be one of the best and successful groups in the music business. Tragedy fell upon the group on April 11, 2000, when their brother Luis Zuniga passed away at the age of 24 due to liver failure, leaving the Trio to a Duo group. Then on Oct. 1st, 2001 tragic fell again upon them Cesar Zuniga passed away at the age of 24 due to Pneumonia leaving the Duo to a Solo.

Alex has worked hard in remembering his brothers by putting out an album title “Angels In The Sky” and doing a song named “Forever” Produced by Nathan of Flipzide not only did Nathan produced the track, he also lend his vocals along Savier & JL. Alex also had a successful song title “Charizma”, which he dedicated to his lovely daughter. The song hit no.1 in Springfield, Ma on Club House Dance with Host: CPR, Jesus Juice Vazquez, & The Legend. Releasing a song title “Give Into Me” written by Nick Colon & produce by Pete Othman of DOS Records, which will be release on their upcoming compilation “The Next Level Phase 2”. Alex has release many tracks for many projects including his 2nd album “I’m Not Alone”. His first song “Saying Good-bye” with the lovely voice of Synthia Figueroa has been on in many radio station and 2 compilations Bad Boy Joe Vol. 5 & Dance Artistik Style produced by non-other Willie Valentin. “Here and now” was written and produced by Artie Rodriguez. This song has drawn special attention due to the song lyrics, which talks about telling someone you love them and appreciate them. His new song debuting on “Freestyle Coalition Vol. 1” title “U & I (Menage a’ Trios)” has gotten rave reviews because it’s the first time any Dance artist sings about something with Lust. Since then Alex has also released “Lullaby”, “Levantate” with Eric Joel & Yajaira, “Time”, “I Still Remember”, “Everything”, “Better Than Me”, as well his 2nd Album “I’m Not Alone”, and “Like You Used To” who has been all over with new style and touch out of Germany.

Alex of Latin Nation has changed the scene of Freestyle with his music style which gained the respect of fellow musicians in the industry. With his brothers gone, Alex Zuniga has not given up on making their dream come true. Alex has done Music Videos to “Here & Now”, “Everything”, “Better than me” and now “Born to Love You” feat. E’dee.

"Everything" Alex of Latin Nation

Better Than Me - Alex of Latin Nation

Alex B. Zuniga (born November 16, 1972), known professionally as Alé Dé Porté, is a Latin singer-songwriter. Born in Arecibo, Puerto Rico and raised in Paterson, New Jersey where he began his performing and recording career. Before signing with NuStyle Records he has work with many other producers.

Now releasing his new album “You Found One” with different style of music and vocals. Giving you a piece of a new style but at the same time nostalgia with memorable songs.